“Creatives during the pandemic” is a personal project to give creators space to fully show their experience and struggles during the Covid pandemic. It consists of a series of interviews from Berlin’s creative scene.

Sean Smuda is an established artist, photographer and writer currently living in Berlin.

Known for his application of various media incorporating audio, sculpture and performance among others, his series “Blueprints” is part of the permanent collection of the Walker Art Center.

Hello, can you tell us about yourself and your journey?

I’ve only lived in Berlin for about two years, so I have to go a bit farther back perhaps… I was raised by artistic parents, who always encouraged me and even had me taking drawing lessons before I started school. My mother was an Opera singer and my father had a degree in Philosophy. We always had interesting talks!

I ended up at the Royal Academy of Fine Arts in Brussels for a year, where I became fluent in classical drawing, painting, and French. Getting back to the States, I did a year of Philosophy out West and then was admitted as a Sophomore at the Boston Museum School of Fine Arts. When I moved back to Minnesota, I stayed in the fields by auditing grad school classes in art and philosophy and took whatever technical training in new technology was available. I was into music and filmmaking, then started to take photography more seriously and began to show.

Professionally, things grew from my passions and I became an editorial, magazine, and concert photographer at a major arena, shooting the Stones, the President, etc. After many years of working on photo-collages and poems, the Walker Art Center, one of the top five museums in the States, acquired my Blueprint series for their permanent collection. At one point I moved into a large studio and began running a series of store-front galleries there as well. In terms of social tensions and crime, it was a difficult neighbourhood, eight blocks from where George Floyd was killed. I was on my way to Berlin for an art-theory intensive when my building burned down. I lost everything and took it as a sign to start over here. Needless to say, it has not been easy. Still, I have always liked Berlin, have worked and shown with galleries here, and have always appreciated its depth of discourse.

What made you take the jump to full time?

What are the biggest struggles as an artist in Berlin?

I would say, that it’s adapting to the oversaturation in order to have real conversations and getting a chance to work and be noticed.  I come from a city where I knew everyone and worked with every major institution to a place where I know only a handful and must now re-invent.

As someone who has shot for theatre, dance, music, etc., I have found, unsurprisingly, that the venues, magazines, and agencies, here have a full roster of photographers. Some were not willing to try anyone new or even respond, others would consider me as a standby, which is now, with lockdown, everyone’s position. Being an outsider in this time, it is even harder to get to know institutions and network.

I am living outside of my context, learning another one, and, as always, the freelancer must hustle. I’ve had some good gigs shooting the Berlinale and music videos, for example. And, as an artist, I am very grateful for the opportunities that I’ve had here, showing at the Kurt Mühlenhaupt Museum in Kreuzberg, and in several international festivals. Coming up soon I’ll have a piece in “Procession”, which is being put on by the International Network of Performance Art in Brussels, December 12-13. Everything takes time and patience, just as it did in my former life in the States.

Did the artistic process have to change for you to accommodate the restrictions during the pandemic? If yes, in what ways?

I had just gotten my first apartment with a contract when Corona came down. Having been in seven sublets since the fire, I felt both re-grounded and undone and that suddenly everyone was on the same page, forced to slow down and move only from the essential core. I responded by creating a daily performance video series and social media page called the Berlin Coronnale. I had never done anything like this before, it kept me sane.

What do you wish would change about the current situation?

Cultural and physical morale could be improved by re-opening the museums and gyms, particularly in winter. These are the places where it is easy to trace visitors and maintain hygiene, so I’m not really sure if their closure equates with tracing the outbreak.

You are not only a photographer but also a writer. Can you tell us what motivated you to expand your repertoire?

I had always been writing, part of my work includes poems in multiple languages. This expanded into the public sector, though, being invited to do art reviews. There has always been a great literary scene in Minneapolis. I wrote for an art criticism magazine, which led to writing pieces on, for example, Art Basel Miami for Walker’s online magazine, amongst others.

What are the differences in expressing yourself in writing rather than photography?

I am focused on images that convey for themselves, they are materials with specific references and associations that leak between. Language is also its own material and draws off another part of the brain and body. The solidity of the image and a well-written piece condense and free their respective materials.

It is a hard time for everybody, but especially for everyone who wants to step a foot in the industry right now. Can you share with us a tip or two to help those new professionals out?

Almost all of my work has come through my social networks, these are super swamped here, but it is the best option going forward. The cultural sector is completely “system relevant”, employs twice as many people and makes twice as much income as the German automotive industry. As the head of the World Economic Forum calls for citizens to become stake-holders in his proposed re-set of society, arts professionals need to assert their claims to relevancy.

Disclaimer: The opinions shared in this interview are those of the guest and do not necessarily reflect the position of the author. All images in this article belong to Sean Smuda . 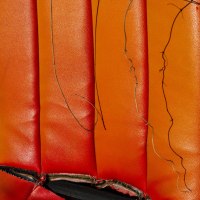 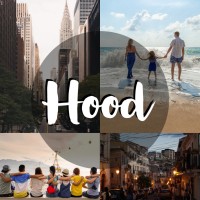